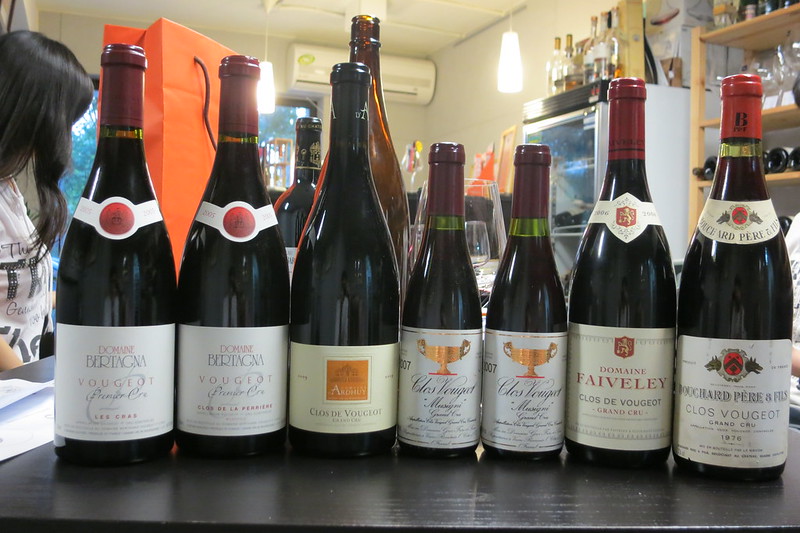 Vougeot village contains 80 ha vineyards, includes >50 ha grand cru, “Clos de Vougeot” (the largest Grand cru in Côte de Nuits). Before 1889, only one owner in this Grand cru, but now there are more than 80 owners, and more than 100 parcels.

Vougeot vineyards contain three parts, each represents different style. The upper portion of the Vougeot slope, just next to Musigny and Grands-Echezeaux, has stonier and less clay. Includes Musigni and Le Grand Maupertuis, wines from this portion are the finest and most delicate. The wines tonight from this portion is Gros Fiere et soeur, Bouchard Pere & Fils, and Bertagna 1er Clos de la Perriere.

The mid section of the Vougeot slope has large variance, thus the wine makers’ or the domaines’ vinification and elevation processes affect the wine style a lot. Domaine d’Ardhuy is from the mid section.

The lower part of the slope has more clay. The wines are probably coarser, and wine makers’ skill is very important.
Faively and Bertagna 1er Les Cras are from this part. 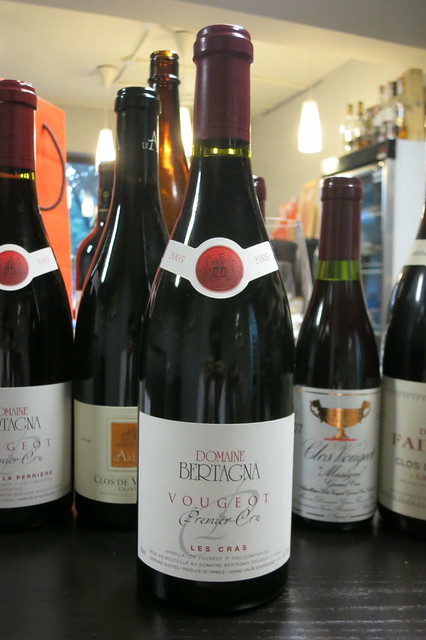 Bertagna improved a lot from 1999, due to the wine maker Claire Forestier (left in 2006), who is the owner of TERRES d’ARÔMES. Bertagna is the best choice if wanna buy a Vougeot 1er wine. 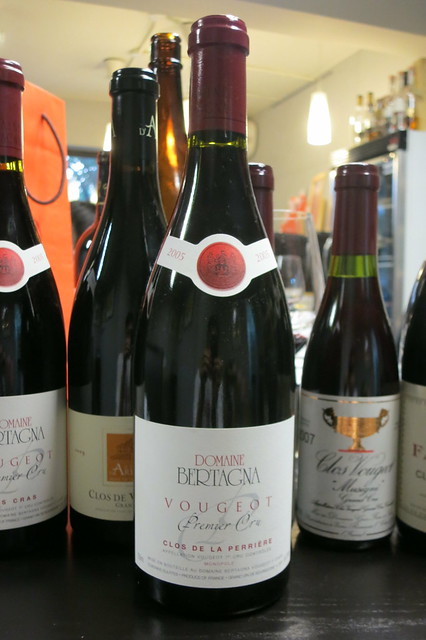 Monopole of Bertagna, a part of Les Petits Vougeots. 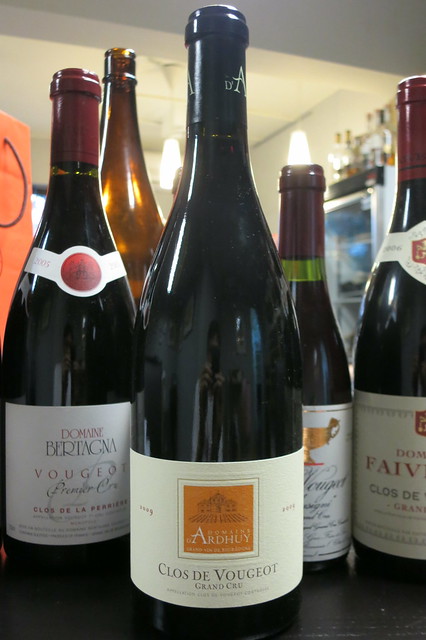 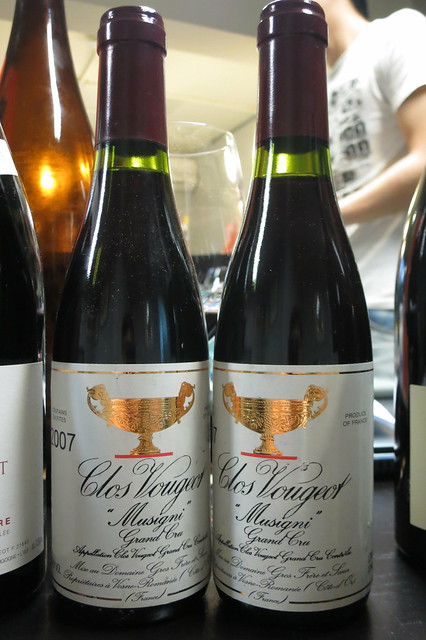 Cranberry, leather note, clove, anise, fresh grass, flower bouquet, and light guava in the medium nose. The body is a bit thinner than other upper part of Vougeot slope, the elegance is a bit similar to chambolle-musigny (that’s why this climat called “Musigni”). High acidity. Some floral, cranberry and yeast note is the palate. 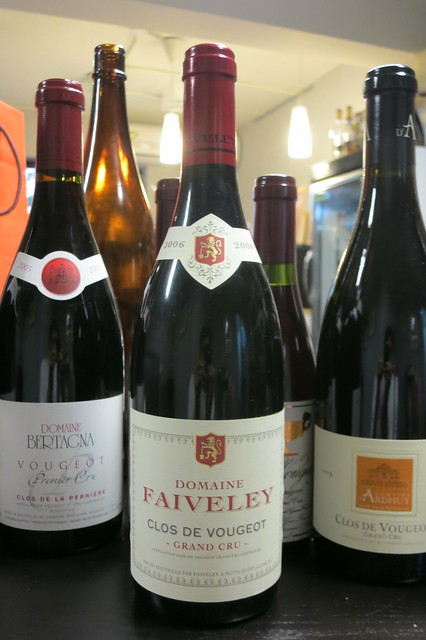 Medium+ nose, with light pickled squash, coffee note, light soil, fur, black berry, rye juice (黑麥汁), root beer. The palate is a bit stronger than the nose. The tannin is medium+, and also has the characteristic (a bit coarse) of lower slope of Vougeot. 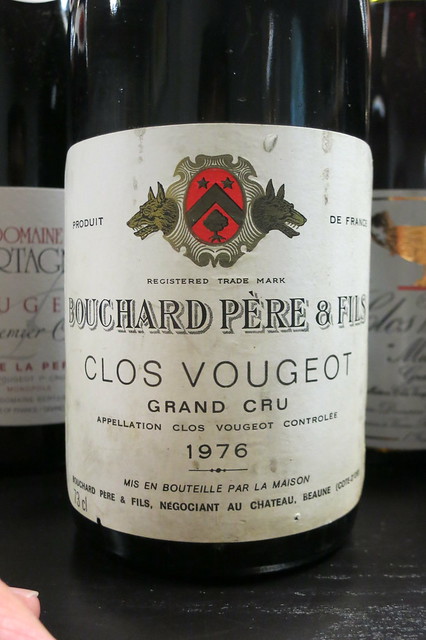